From the current records we have obtained and transcribed, we have not been able to determine which squadron John Nobel was assigned, therefore the listing is under the Headquarters Section. Additionally, as is often the case for awards that are issued for the soldier/airman who was shotdown, killed or captured, as well as those who had finished their tour of missions and came back to the states, these individuals had been taken off of the squadron records and thus all of their paperwork would be attributed to the headquarters.

Information on John Nobel is gathered and extracted from military records. We have many documents and copies of documents, including military award documents. It is from these documents that we have found this information on 2LT Nobel. These serviceman's records are not complete and should not be construed as a complete record. We are always looking for more documented material on this and other servicemen. If you can help add to John Nobel's military record please contact us.

The Issuing Authority is the Command and author of the document. 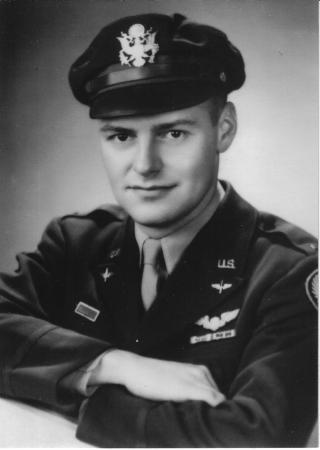 The information on this page about John Nobel has likely been obtained through a variety of sources including but not limited to the serviceman themselves, family, copies of military records that are in possession of the Army Air Corps Library and Museum along with data obtained from other researchers and sources including AF Archives at Air Force Historical Research Agency and the U.S. National Archives.

This information is by no means complete, we are adding information based upon documentation in our possession.

If you have more information concerning the service of John Nobel, including pictures, documents and other artifacts that we can add to this record, please Contact Us. You will receive instructions on where to submit this information.